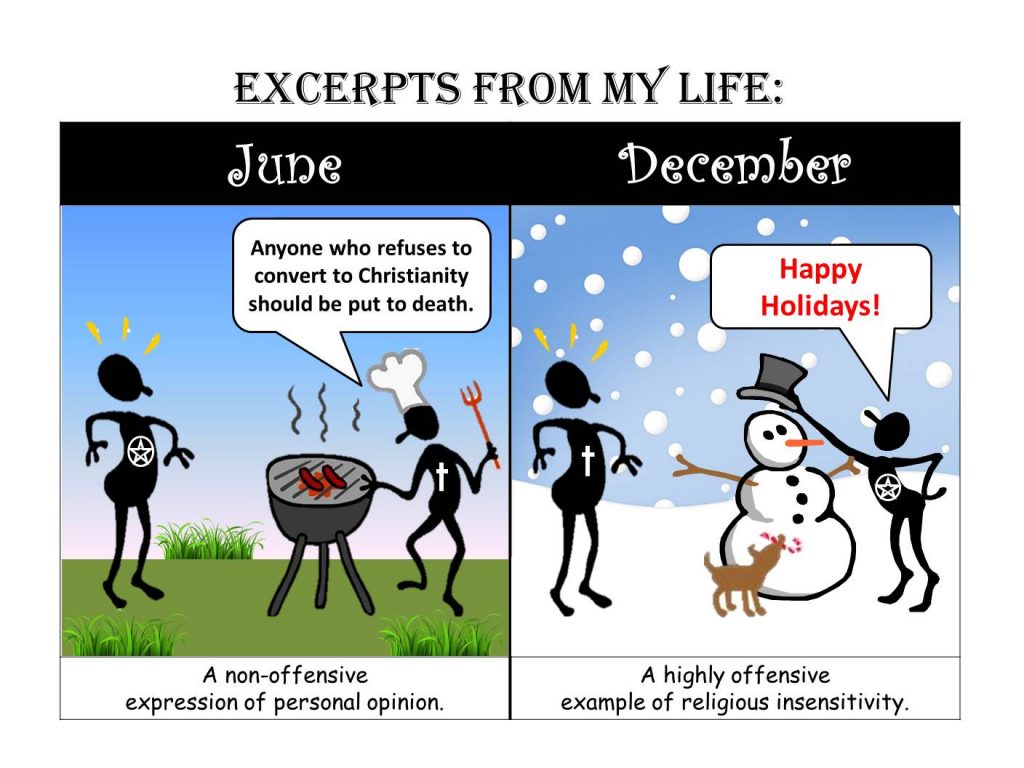 ‘Tis the season to make an ass of yourself.  There is nothing like proclaiming the love of Jesus that brings out the downright-nasty-not-niceness in Christians each December.

Spiteful memes show up in Facebook feeds stating, “It’s Merry Christmas, say the fucking words, damn it!” “Stop the War on Christmas,” “Put Christ back in Christmas!” and my personal favorite, “When someone wishes you ‘Happy Holidays’ remind them that ‘Holidays’ are HOLY DAYS!”  The problem with the holy days proclaimers, and the majority of Christians, is that they fail to realize there is more than one holiday in December and most of them pre-date Christianity. 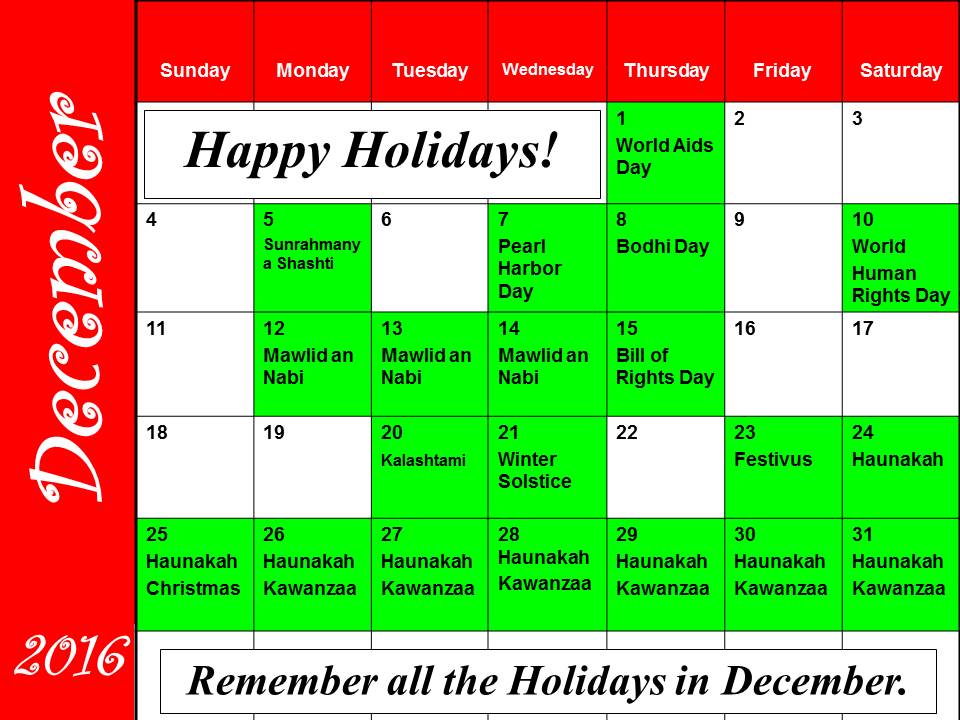 In 2012, shortly after becoming openly Pagan, I began developing my “Holiday Survival Guide.”  My children attended St. Mary’s Elementary and while attending the annual Christmas program the family next to me became irate when I neglected to sing along as the children preformed various carols.  They informed me that my silence was un-American and my unwillingness to participate should get me ejected from the concert, if not the country.  That was the precise moment when I began re-writing Christmas carols with a Pagan flare.  Now, I sing along with everyone else, but what comes out . . . well, it ain’t Christian.

Some songs are Pagan-safe because they don’t actually reference Christmas.  Jingle Bells, written by James Lord Pierpoint, is one of those.  For others, simply substituting the word ‘Christmas’ with the words Solstice or Yuletide will suffice.  When a carol is obviously Christian, serious re-writing is necessary in order to make it singable.  The Bach Cantata 191, “Gloria in excelsis Deo,” is one such example.  As my Yuletide gift to you, I offer a sample from my survival guide, Laughter and Libations.

Happy Holidays and have a Spectacular Solstice!