I created this lecture for my micro class this quarter because I have an out-of-town conference later this month.  I apologize in advance for the sniffling.  (It’s January and I have a cold.)  Many Americans have trouble seeing from another person’s perspective.  Even more hear something and think, “Oh yeah, that’s right,” without considering all of the implications of what their elected officials are promoting.  The point of this lecture is to examine one topic from multiple viewpoints.

Today the Federal minimum wage $7.25 an hour and states like Idaho have exemptions to allow businesses to pay employees even less.  The hourly wage for people under 20 years of age in Idaho is $4.25.  If you are a tipped employee, meaning you receive at least $30 a month in tips, Idaho employers are permitted to pay you as little as $3.35 an hour, regardless of your age.  Don’t believe employers actually pay less than minimum wage?  Little Bear Creek Café in Troy pays less than minimum wage, so does Mingles in Moscow, Pizza Hut in Lewiston, and a host of others.

Putting wages aside, below are a couple slides I made a few years ago regarding the state of corporate taxes.  Roughly two-thirds of all large companies in the U.S. paid no federal income tax between 2006 and 2012.  The situation hasn’t improved much since. Average corporate income tax in the U.S. amounts to about 2.3 percent of gross domestic product, down from about 4 percent in the mid-1960s. 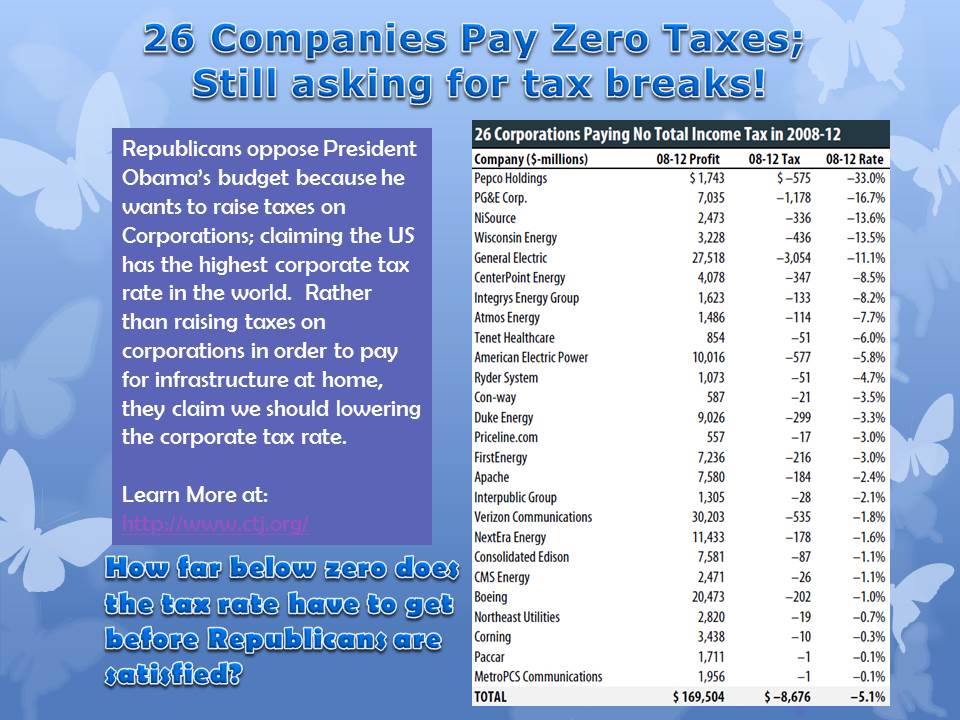 USA Today published a list of major corporations who avoided paying taxes in 2015.  The USA Today article only names a few offenders.  Other news organizations, like CNN and CBS report that 1 out of every 5 major corporations pay no taxes.  Only 58 Fortune 500 companies disclose what they would expect to pay in U.S. taxes if not for offshore tax havens. In total, these 58 companies would owe $212 billion in additional federal taxes, equal to the entire state budgets of California, Virginia, and Indiana combined. 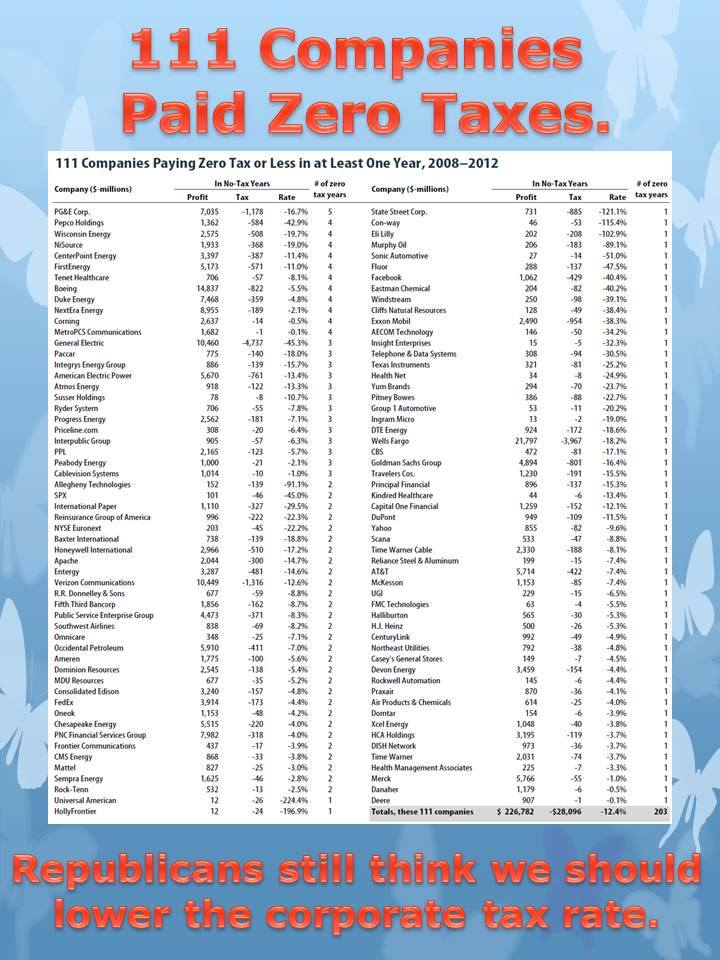 The watch-dog organization, Citizens for Tax Justice, reports that 367 Fortune 500 companies collectively maintain 10,366 tax haven subsidiaries.  58% of companies with a tax haven list at least one in Bermuda or the Cayman Islands, countries with no corporate tax.  American corporations claim to earn more in these island nations than either country’s entire economic output, an impossible feat.

The Terrible Truth behind Free Books