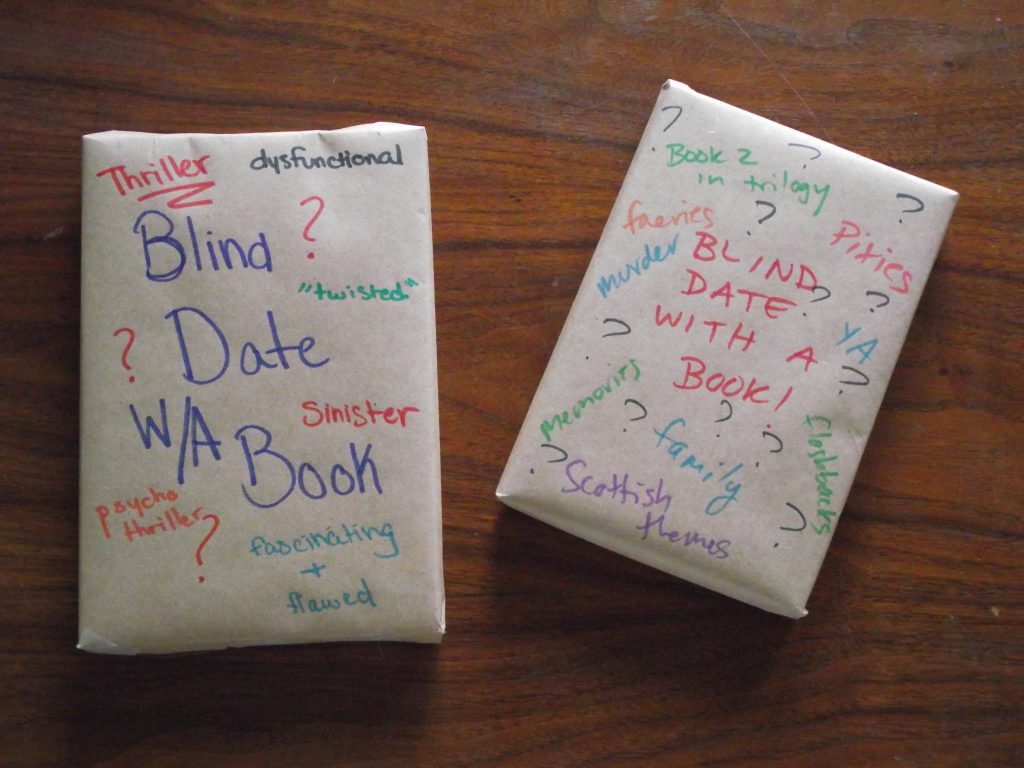 As odd as it may seem, I very seldom visit a book store.  Several years back I had a vision of becoming an old hoarder lady who dies after a stack of books topples over on her.  I resolved then to get books from the library whenever possible as a means of staving off dying under the weight of the written word.  That said, my quest for a better critique group lead me to Book People of Moscow.

The critique group was a flop.  One man proudly informed me that, “sometimes the fringe element of society tries to join, but we just don’t allow that.”  Being a card carrying member of the fringe element myself, I wasn’t impressed.  Their rotation for getting work critiqued left a lot to be desired as well.  Members are eligible to have up to 3,000 words critiqued twice a year.  At that rate it would take 17.5 years to work through a novel.  A pair of orangutans with type-writers could produce something publishable in less time. 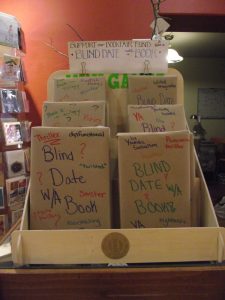 But, the experience wasn’t all bad.  I did manage to pick up a date; two actually.

Book People of Moscow offers a Blind Date with a Book program for adventurous readers.  For a donation, you can choose from their Blind Date rack, which is full of advanced copies of novels.  All donations are used to help fund book fairs at local schools and the reader gets to indulge in the thrill of reading something pre-publication.

Always up for an adventure I choose, not one, but two dates, picking up mysterious advanced copies of YA novels.  It was a cheap date. I got them both for $10 and neither complained when I expected them to accompany me to bed shortly after dinner.

I went for a dysfunctional thriller and a book advertising Scottish themes. 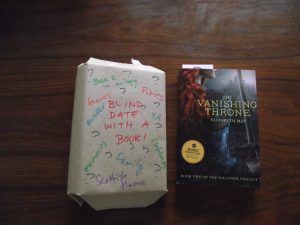 Opening the thriller first revealed Beware That Girl by Teresa Toten, set for release May 31, 2016; suggested price $17.99 USD.  Less than impressed, this is recommended for anyone wanting to punish themselves.

Unwrapping the book advertising Scottish themes revealed The Vanishing Throne by Elizabeth May, set for release June 7, 2016; suggested price $17.99 USD.  This book took a while before I was fully engaged and vested in the characters, which I suspect was because I had not read book one.  However, having finished this book, I am eager for the final installment in the trilogy.

Reviews of both books are available under Book Reviews.

3 thoughts on “Blind Date with a Book”