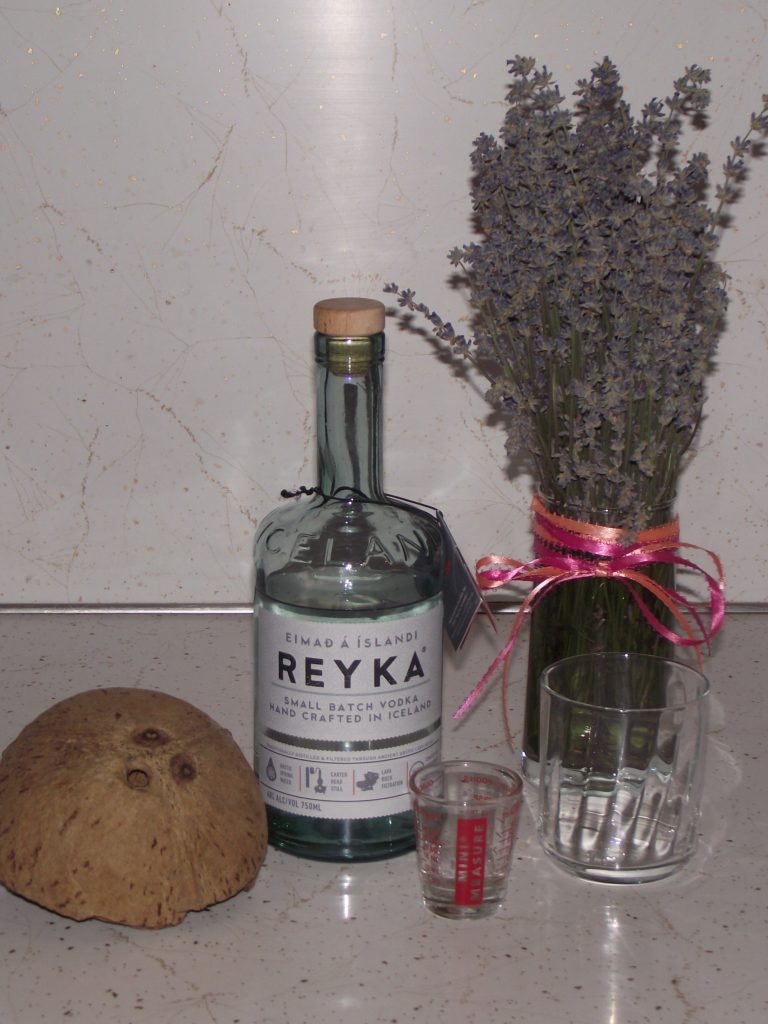 From time to time I have random thoughts, which generally devolve into silliness owing my propensity to share them.  Today’s random thought involved vodka, English weights and measures, and of course, coconuts.  Social media is great for sharing random thoughts and the following was posted for the benefit of friends and strangers:

How much vodka is in a glug? As in, I found a big glass, added OJ, added grapefruit juice, added squirt, then dumped vodka in and the bottle went, “glug, glug, glug, glug.” How much is 4 glugs of vodka?

This, naturally evoked much thoughtful discussion as everyone was eager to help calculate the quantity of vodka in a glug or cheer me on as I did so. 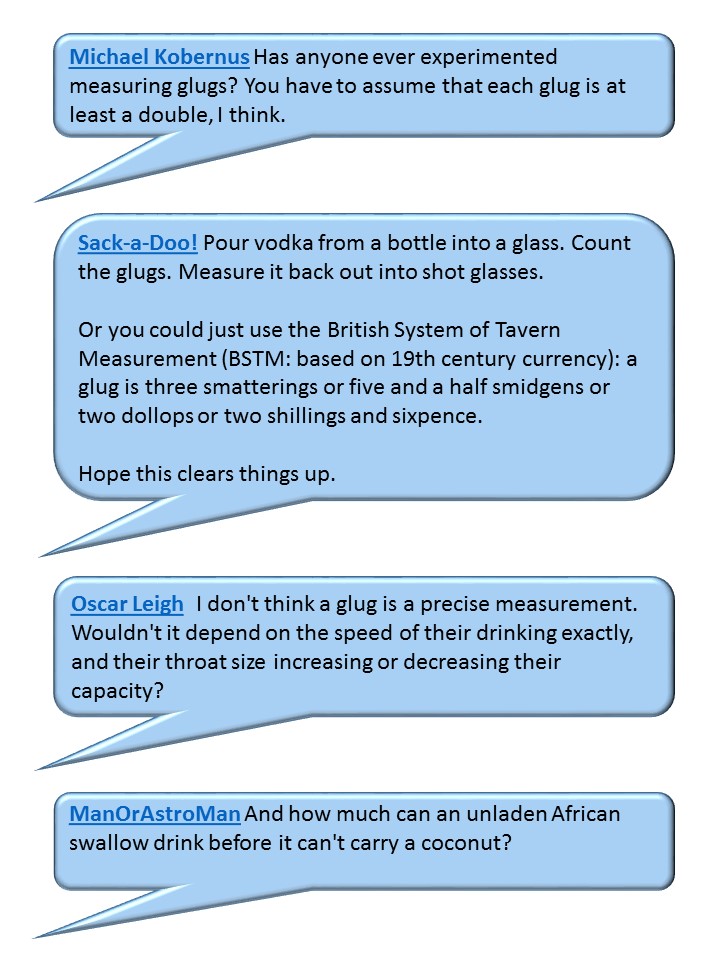 With such encouragements as these, one can’t help but solider on in search of the actual unit of measure that would equate to a glug.

There is no way each glug is a double, because I wouldn’t be able to stand after 8 shots of vodka.  And Oscar clearly had glups confused with glugs.  The glug occurs when the vodka is poured from the bottle into the glass.  A gulp occurs when the vodka goes from the glass to the drinkers throat.  That only left the two others to be dealt with.

There is no such thing as the British System of Tavern Measurement (BSTM), however, the British Beer and Pub Association publishes a rather unhelpful guide for weights and measures of beer, wine, and spirits.  An experiment was in order.

After repeated pouring, in an attempt to get the bottle to make the right noise, and then measuring back into shot glasses, I now have an answer.

If you don’t believe me, feel free to consult the English units of weights & measures. Also the gill, is pronounced with a hard g, jill, so it takes anywhere from 2 to 4 Jacks to equal one Jill.

As for that African swallow; swallows don’t gulp or glug, they peck.   A peck = 2 dry gallons, so I guess swallows only consume that nifty dehydrated alcohol stuff. Unfortunately, African swallows can’t get it; it’s only legal in the United States. They would have to fly across the Atlantic with an empty coconut for the purpose of bringing some back for their friends.   Which left me wondering, do swallows have to go through customs?

Just when I thought my work was done, one more question came in:

It was time for another experiment.  I poured 8 glugs into a glass then took a gulp, by measuring the remainder, it was possible to calculate the quantity of the gulp, and then turn that into a ratio of gulps to glugs.

But, I don’t think this is entirely accurate.  I don’t normally gulp vodka, so when getting ready to gulp the glugs my gullet got shy.

Today’s random though resulted in a nifty little lesson that contains math, science, and writing.   I’m pretty sure I should get an award from the Department of Education for excellence in integration of curricula.  And, if we used spirits in chemistry, I certain all my conversion homework would have been completed well before the due date while I was at university.