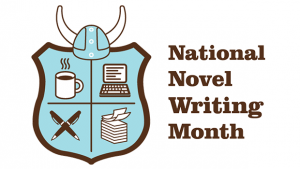 Each November, participants are encouraged to write an entire novel in just 30 days.  The goal is to complete a very rough first draft, which will be edited throughout the following year.  Participants start by registering on the NaNoWriMo website where they will be connected to a local Municipal Liaison (ML) who will inform them the dates and times of write-ins.  The write-in is simply times when groups of local writers agree to meet for the purpose of diligently writing their novels. END_OF_DOCUMENT_TOKEN_TO_BE_REPLACED

After hosting several book signings, I’ve created a list of tips and tricks for eager authors to help make their next book signing a success. END_OF_DOCUMENT_TOKEN_TO_BE_REPLACED 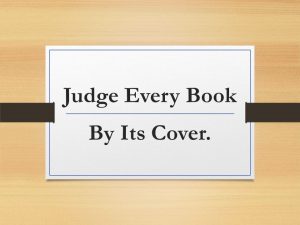 We’ve all heard the admonishment, “Don’t judge a book by its cover.”  Whoever said that clearly wasn’t trying to sell books in the 21st century.  Regardless of whether it’s consumers, bookstore buyers, or the folks making nominations for the Worst of Amazon, everyone is judging books by their covers. Why? The simple truth is, a great book with a horrible cover won’t sell, but a horrible book with a great cover will.

Authors and self-publishers need to put as much thought into their book’s cover as they do the content between the covers.  The smartest thing to do is hire a professional cover designer.  This is because every book requires multiple cover files, how many depends on how the book is distributed.  The best recommendations for cover artist come word-of-mouth.  If you attend an author event and see someone with a cover that catches your attention, ask for the name of their artist.  Most authors are happy to share that information. END_OF_DOCUMENT_TOKEN_TO_BE_REPLACED

The Palouse Writers Guild is an independent collective comprised of several local writing groups who banded together in order to bring professional development opportunities to the Palouse. Since first being formed in 2016, the Palouse Writers Guild (PWG) has grown from 15 members to serving over 200 area writers today. As a result of this overwhelming response, we are launching our own PWG webpage.

The Palouse Writers Guild’s goal is to facilitate literary education by supporting writers’ groups, author readings, workshops, writing contests, and conference attendance.  Membership is open to writers of all genres and media, regardless of publication status. Anyone interested in free writing, critique, participating in writing exercises, attending literary events, or just socializing with groups of like-minded people is welcome to join.

Benefits of Membership Include

END_OF_DOCUMENT_TOKEN_TO_BE_REPLACED

This is the second part of a workshop I hosted for the Palouse Writers Guild on Saturday, July 28, 2018.  To see the first part of the workshop, click here: Building An Author Platform.

Even introverts publishing under a pen name need an author website and that’s why it’s absolutely vital to contemplate your author personal at the onset.  Some people are wholly themselves online, while others may use a pseudonym and have an online persona different from who they are in real life.  It is essential that authors figure out their persona BEFORE beginning to build their website; the website becomes the author’s identity.

When editors, agents, and publishers receive queries from prospective authors one of the things they do is Google the author because they want to see the size and scope of platform, prior works, etc.  Readers also look for author websites.  The whole point of a website is making yourself and your work easy to find. Without a website the author simply does not exist. END_OF_DOCUMENT_TOKEN_TO_BE_REPLACED

I presented the following information at a workshop hosted by the Palouse Writers Guild on Saturday, July 28, 2018.  The second part of the presentation will appear in a separate blog post.

WHAT IS AN AUTHOR PLATFORM?

Author Platform Definition: The ability to sell written content (books, short stories, magazine articles, etc) because of who you are or who you can reach.  Simply put, a platform is your visibility as an author in the communities in which you participate. END_OF_DOCUMENT_TOKEN_TO_BE_REPLACED

At the Palouse Writers Guild Build-a-Book Workshop I presented the following information on ISBNs, copyright, and barcodes.  The workshop was a success and we plan to host another one in the future.

What is an ISBN?

An ISBN is the International Standard Book Number.  It uniquely identities the book, publisher, and edition. The purpose of the ISBN is to establish and identify one title (or edition) from one specific publisher, allowing for more efficient marketing by booksellers, libraries, universities, wholesalers and distributors.

Parts of the ISBN

Each 13 digit ISBN consists of 5 elements separated by spaces or hyphens.
The five parts of an ISBN (13) are as follows:

END_OF_DOCUMENT_TOKEN_TO_BE_REPLACED

I recently had a conversation with Moscow Poet Laureate, Tiffany Midge, about cultural appropriation in writing.  While she, a Native American, decried the act when white authors wrote Native American point-of-view characters, she claimed it was acceptable for her to plagiarize the work of Luna Leigh, a white woman living in England.  Then she went on to berate Terese Mailhot, a Tecumseh Postdoc Fellow at Purdue University, who brought the plagiarism to light.  It seems that theft of language, culture, and ideas is only a bad thing when it happens to you, and not when you do it to others.

What Ms. Midge refused to understand is cultural appropriation goes both ways and has been occurring since man first learned to walk upright.  Evidence of it is everywhere.  It’s human nature, and it’s not going to change.

I stumbled across a blatant example of cultural appropriation at Saint Gertrude’s Monastery in Cottonwood, Idaho.  The nuns host a workshop on understanding Sacred Celtic Landscapes.  I could point out that the sacred Celtic landscapes they reference predate the coming of Christianity by hundreds, if not thousands of years, that Celtic religious life originates from the Indo-European religious traditions, not the Judeo-Christian tradition, and that by appropriating those landscapes they have deprived a people of their heritage.  Instead, I decided that the post-Christian Celtic narrative is just as important as the pre-Christian narrative.

END_OF_DOCUMENT_TOKEN_TO_BE_REPLACED 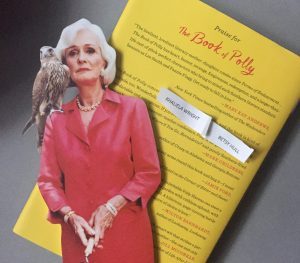 Recently, a number of people have told me that book reviews are a waste of time.  One person said, “If you’re not writing, you’re procrastinating.”  Another said, “Why waste time promoting someone else’s work when you should be promoting your own?”

The answer is really very simple.  Book reviews are highly valuable, not just for the one receiving the review, but for the one writing it as well.

Every book a writer reads gives them insight into what’s trending in the market, which aids in determining the commercial potential of their books.  Market research is vital for finding a publisher.  Many writers finish their books and turn to places like Writers Market, Publishers Marketplace, and Query Tracker, then spam all the editors, agents, and publishers they can find.  A more successful approach might be turning to your bookshelf instead. END_OF_DOCUMENT_TOKEN_TO_BE_REPLACED

I’m often asked when my novel will be published, or why it isn’t published yet.  Many people don’t realize that the writing process is a lot more involved than simply sitting at a keyboard and writing.

Before deciding which publishing options to pursue or beginning to search for editors or agents, a writer must first have a high quality product to offer.  Many writers overlook the importance of the writing process in their eagerness to get published.  Not adhering to the process actually kills a writers chances because, without it, they are unable to produce a salable manuscript.

The writing process involves four phases: prewriting, drafting, revising, and editing.  Following these steps will help, but experienced writers know that problems which arise during drafting, revising, or editing, can send them all the way back to step one, where they must develop and expand an idea.  As my NaNoWriMo ML is quick to remind me, “You will enjoy the process, God damn it!”